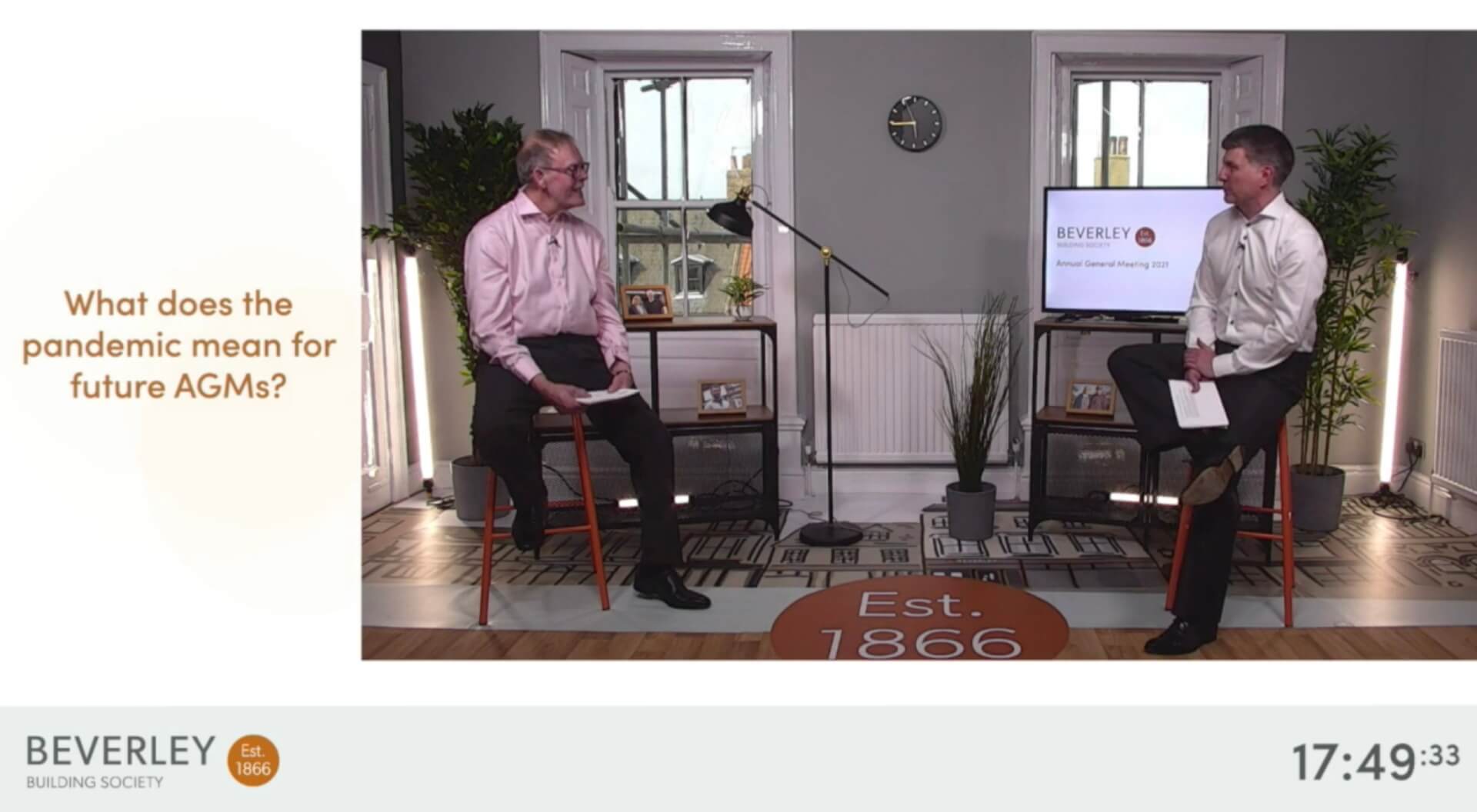 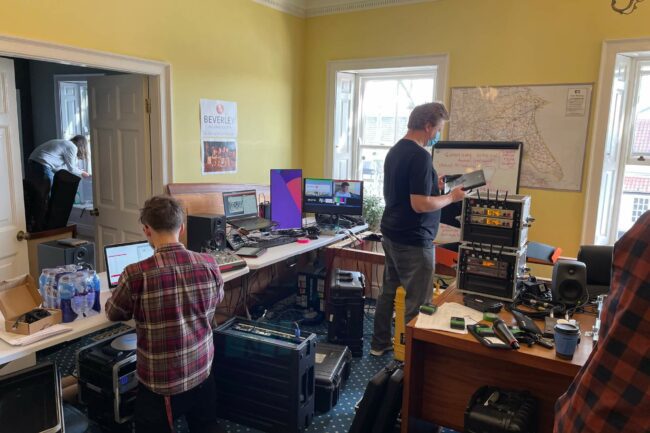 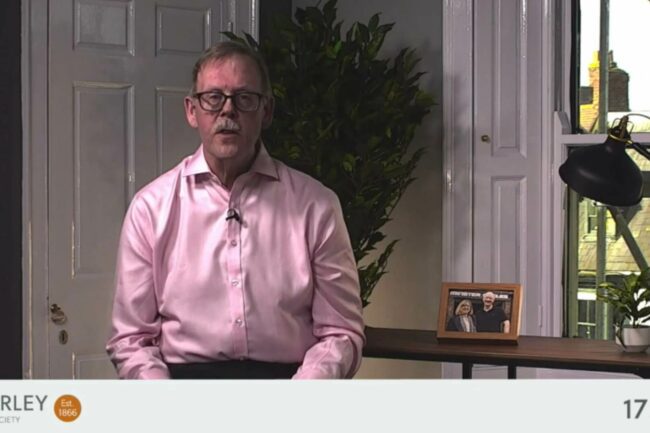 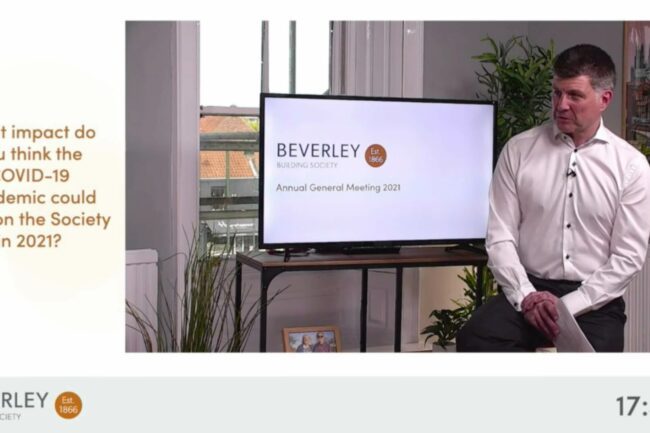 The team developed a TV talkshow inspired concept to help create an informal, relaxed and welcoming setting for the AGM.

Creating a bespoke studio on-site at the building society’s head office in Beverley, we completely transformed the boardroom into a multi-camera studio with the look and feel of a daytime TV set, complete with a branded floor mural.

The AGM, hosted by the Chief Executive of Beverley Building Society, featured key announcements from the Chairman, alongside pre-produced content, successes and highlights for the year, as well as AGM voting with results being announced during the event.

What they did with the live streaming event: 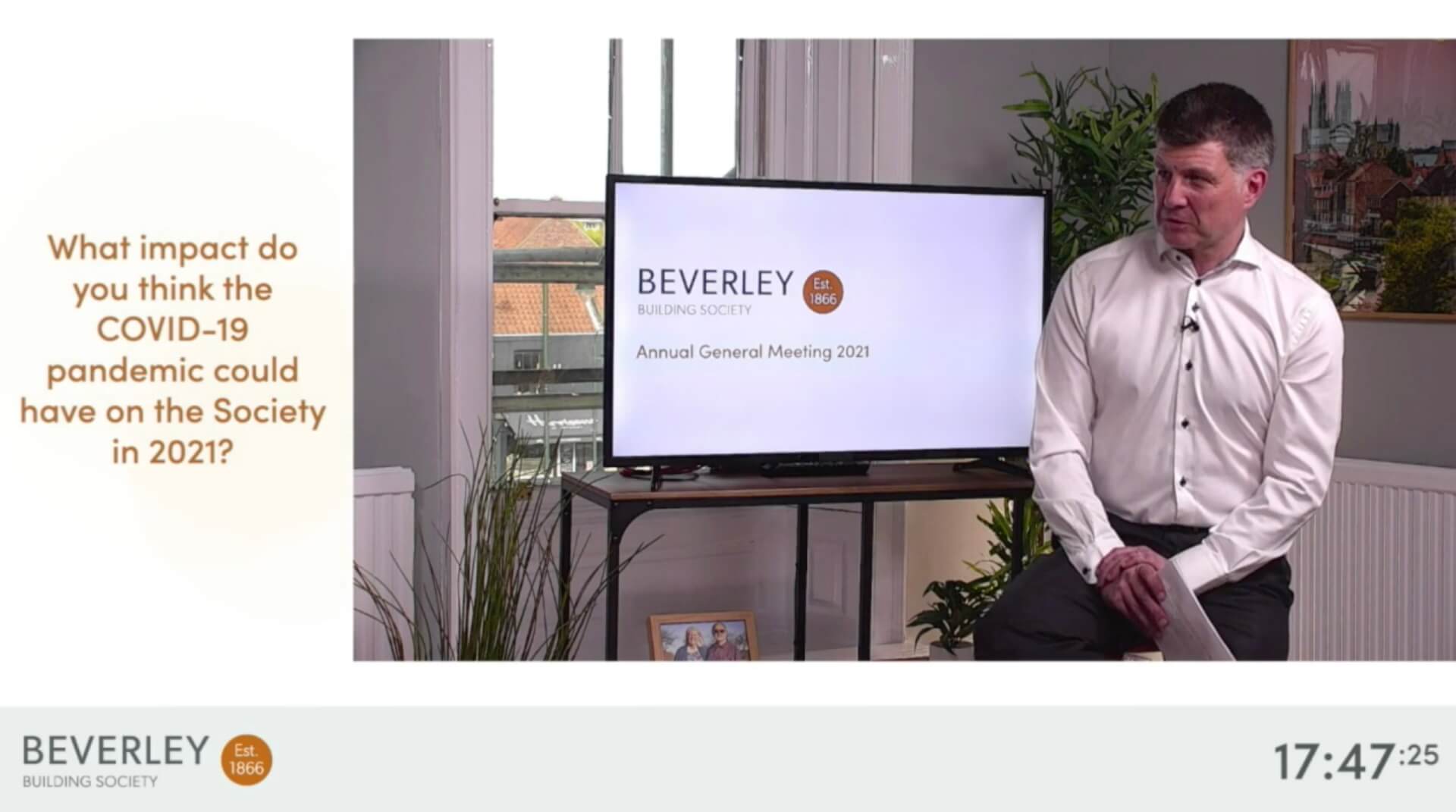 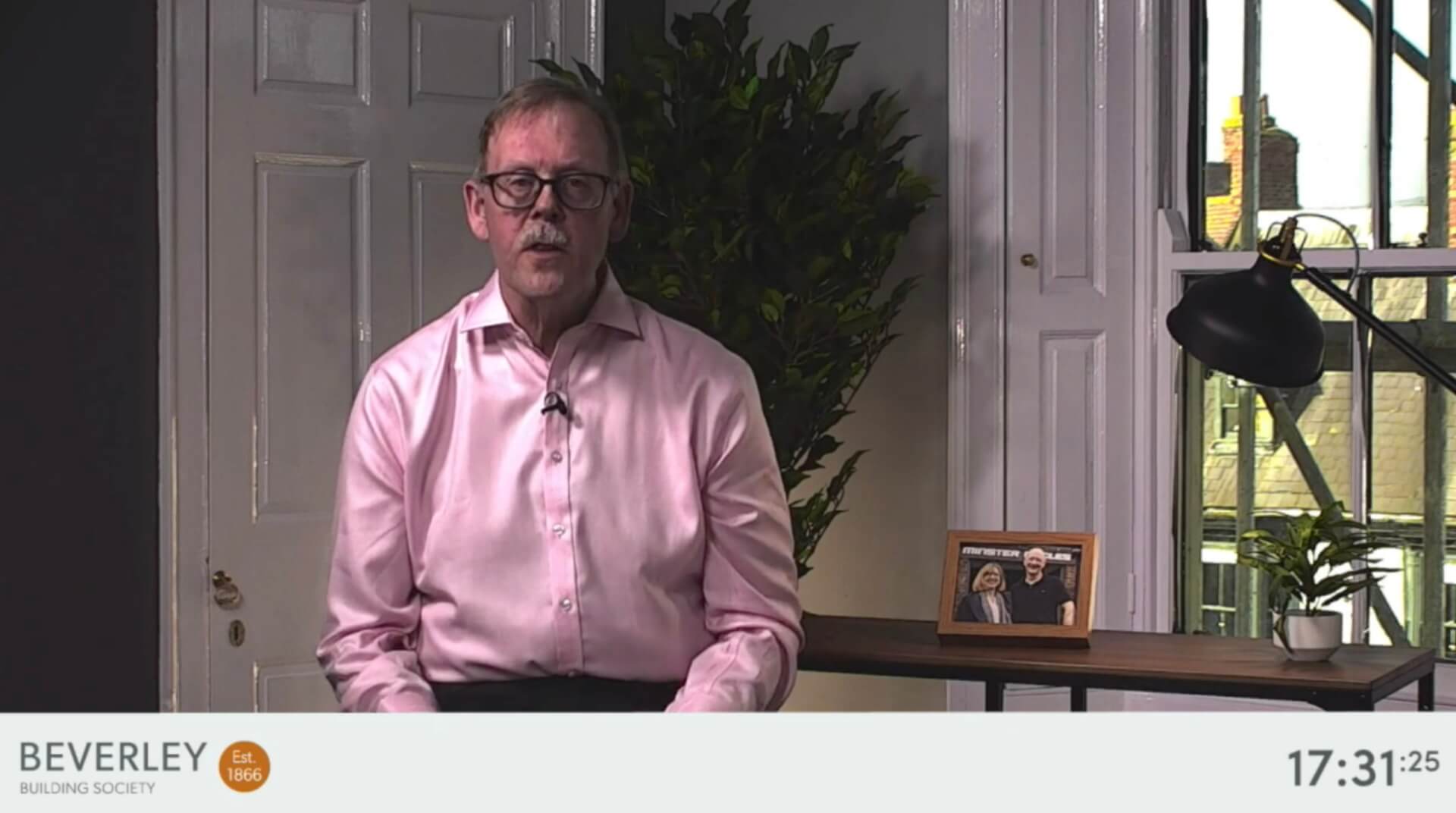